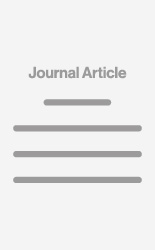 This article addresses the phenomenon of dual constitutionalism, using a case study on Indonesia that presents a double conundrum. The first facet of this conundrum is that the Indonesian president can constitutionally ignore the views of the Constitutional Court and the House of Representatives regarding the highly sensitive subject of energy policy and instead write policies in response to perceived political or economic necessity. The second facet pertains to the fact that Indonesia’s energy policies ultimately converge with “soft” ASEAN norms and diverge from its own Constitution, jurisprudence, and legislation. This article argues that this conundrum has emerged because Indonesia operates a dual constitutional system. This dual constitutional system comprises two spheres of legislative action, which are legally and politically autonomous from one another. There is a presidential system of decision-making committed to economic liberalism, whose main checks are those of international law. There is, also, a parliamentary system whose main checks are provided by electoral politics and the constitutional court. This dualism forms part of the Indonesian constitutional identity through two means. First, it provides a platform for the enactment of the continuing ideological conflict between economic liberalism and economic democracy. Second, the dualism is maintained by a constitutional abeyance, a “suspended irresolution,” which none of the actors seek to resolve, lest they cause a constitutional crisis.