COVID-19 and Shipping: New Global Regulations and a New Normal by Robert Beckman 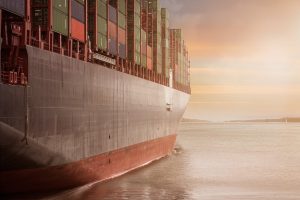 COVID-19 and Shipping: New Global Regulations and a New Normal by Robert Beckman

COVID-19 has caused many serious problems for the global supply chain and the world’s economy. Fortunately, although maritime trade has slowed, it has continued. The Singapore port and many other major ports have remained in operation, and have allowed visits by commercial ships for the unloading and loading of cargo.

Some ports have failed to adhere to health protocols designed to ensure that crew members on visiting ships are sufficiently protected from infection. Others have refused to allow seriously ill seafarers to come ashore for medical treatment, not withstanding clear obligations under the 2006 Maritime Labour Convention. Further, as a result of serious outbreaks on several large cruise ships, the cruise industry has been put on hold in most parts of the world.

The most serious problem currently facing the shipping industry is that it has not been possible to carry out regularly scheduled crew changes on commercial ships because of the COVID-19 lock-downs in many states. As a result, tens of thousands seafarers have been required to continue working on ships for weeks and months after their contracts have ended. Some of these “stranded seafarers” are suffering from fatigue and mental depression, which increases the risk of accidents due to human error.

The Maritime and Port Authority of Singapore (MPA) has recognized this problem, and is working with the shipping associations and relevant government agencies to resolve the problem of crew changes without creating health risks to the seafarers or to members of the general community in Singapore.

But ad hoc solutions by major ports and shipping associations are not the answer. Global problems require global solutions. The responsibility for developing new global rules and protocols to deal with the impact of pandemics on international shipping lies with the International Maritime Organization (IMO).

The IMO should immediately begin working with the World Health Organization (WHO), the International Labour Organization (ILO), port State control organizations, and industry associations to establish protocols and legally-binding rules to address the impact of pandemics on commercial shipping.

COVID-19 and the Cruise Industry

Another problem that should be addressed by the IMO is the need for global regulations to protect the health of passengers and crew members on large cruise ships.

After the outbreak of COVID-19 in early January, a number of large cruise passenger ships encountered difficult challenges in ports. The most well-known example is the Diamond Princess. After a passenger who had disembarked in Hong Kong had tested positive for COVID-19, the ship was allowed to dock in Yokohama, and all the crew and passengers were quarantined and isolated for nearly two weeks.

Among the 3700 passengers and crew members aboard the Diamond Princess, 741 tested positive, and 13 eventually died. Arrangements were made for many passengers to disembark so that they could fly home on chartered flights. However, it has been reported that there were various problems and difficulties because of the lack of international protocols or agreements on how to deal with such a situation. Similar problems occurred in other ports.

The rules and guidelines governing the operation of large cruise ships should not be left solely to cruise ship owners and operators, cruise industry associations and flag states. The health and safety of the passengers and crew aboard cruise ships is also of interest to port states, states who supply the majority of crew members, and states whose nationals may board as passengers.

The IMO should work with the WHO, the ILO, port State control organizations, cruise ship operators and cruise industry associations to draft international rules and standards that ensure the health and safety of the passengers and crew members on cruise ships. They should draft rules, guidelines and protocols setting out the responsibilities of the various stakeholders in the event that a pandemic threatens the health of passengers and crew members aboard a cruise ship. Such protocols should make clear who is responsible for testing, emergency medical treatment, the evacuation and repatriation of passengers and crew, etc.

COVID-19 and Increased Digitalisation and Automation

For example, the MPA is developing “digitalPORT@SG” as a one-stop portal for port-related clearances. This will improve efficiency and reduce the need for face-to-face interaction between port workers and crew members. The MPA is also partnering with businesses to transform the maritime workforce in Singapore in preparation for increased digitalization and automation in the maritime industry.

Other developments relating to digitalisation and automation will limit the amount of contact between persons on the ship and persons in the port State. First, it will be possible to conduct surveys and inspections of ships remotely, without surveyors and inspectors having to board the vessel. Second, telemedicine will enable doctors on shore to check the health of passengers and crew members on the ship remotely.

The IMO is currently reviewing its conventions and regulations to determine how they must be amended to deal with the development of autonomous ships, which it describes as maritime autonomous surface ships (MASS).

One benefit of increased digitalisation and automation in the maritime industry is that it will reduce the risk of contagion between persons in port and the crew and passengers on ships.

In the meantime, however, the adoption of new global rules and standards to address the threat of pandemics to international shipping should be high on the list of priorities at the IMO.